Please enable JavaScript.  This webapp requires JavaScript to work at its best.

The Rise and Rise of Vegan Athletes

There’s no shortage of vegan food on offer in Norwich nowadays; locally produced tofu, cakes, small takeaways on the market, locally produced alcohol, pizza, and shops filled with every little vegan item you may need. However, even with plenty of choice on offer it was great to see the addition of Erpingham House a couple of months back, bringing a whole new offering to the streets of Norwich.

By square footage, Erpingham House is the largest plant-based restaurant in the UK, boasting a café, restaurant and bar across the three floors of the historic building in Tombland, but even more exciting are some of the people involved in bringing this exciting new restaurant to Norwich. I sat down with long-term friends Loui and Declan to find out a bit more. Loui is well known throughout the Vegan community for promotion of a vegan lifestyle; speaking at events and running a number of events across the country. Declan previously played football for Norwich City, before moving to Preston North End in 2017.

How long have you been vegan and what was your initial inspiration to choose a vegan lifestyle?

(Declan) I went vegan about 3 to 4 months ago, just before the end of the 2017/18 season. It’s something I had been interested for a long time, but without the proper knowledge I worried how it may have impacted on my performance in football. But after taking the plunge I was seeing benefits in my performance really quickly.

Have you taken any inspiration from other athletes that choose a plant-based or vegan lifestyle?

(Declan) Definitely! Jermain Defoe is obviously really open his veganism and the benefits he’s found with it. Away from sport, having someone as influential as Will.i.am being very open about it has helped to inspire some of my choices too. Russell Martin and I both played at Norwich at the same time and he went vegan a few seasons back for health reasons, I definitely took interest in a lot of his food! 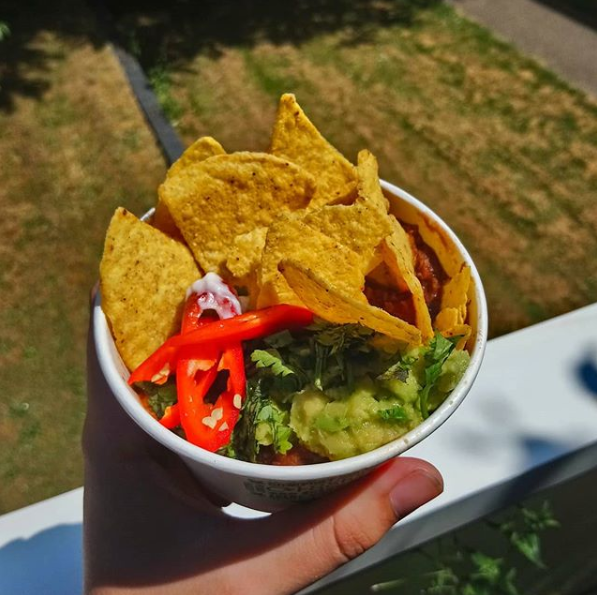 Ethics aside, why do you think a lot of professional athletes still shy away from veganism, despite the well documented health benefits?

(Loui) A lot of people are set in their ways with what they believe and the decision makers can be very dismissive. Those people at the top are often older and for them veganism is seen as something different that they perhaps don’t know enough about. Media companies can be fearful and it’s often just a case of the unknown.

(Declan) The attitude people take towards veganism can be problematic too, it’s a real commitment to go vegan, but the range of choice is broad and there is so much more available. For me I was always worried about ensuring I still got enough protein to support my sport, but after some research I’ve found the protein I use from Revolution Foods has definitely helped.

As a professional athlete, have you found yourself on the receiving end of any animosity for your choice to be vegan?

(Declan) I haven’t, no! But then again it’s only been a couple of months since going vegan.

How do your fellow non-vegan team mates view veganism and have you managed to persuade any fellow Preston players to look into the benefits themselves?

(Declan) I do get a lot of banter from them, they’ll point out where the ice cubes or the lettuce is quite a lot. But to be fair, a lot of my team mates are quite open to it and I know for example Wolves have plant based meals before games. A lot of players are realising that having a big piece of meat in you before a game isn’t good and can affect performance as energy is being moved away to digestion. The captain at Preston, Tom Clarke uses vegan protein powders instead of mainstream whey.

Has the experience of working towards opening Erpingham House furthered your passion to spread the benefit of being a vegan?

(Declan) Absolutely! It was Loui who approached me with the idea initially and it worked so well that the opening was timed with the end of my season. I’ve found myself getting involved with the restaurant – even coming in once for a meal where both my wife and I ended up waiting tables for 6 hours. It’s opened the eyes of a lot of people who have come to the restaurant thinking it was still the steakhouse that used to be here, yet have stayed for a meal anyway and even come back the next night.

(Loui) For me, whilst there was vegan food readily available in Norwich, there wasn’t anything that was really healthy, as well as great tasting. We don’t have any fryers or microwaves in the restaurant, ensuring our food is not only great tasting, but great for you too. We could easily offer food in the restaurant that would have a really high appeal such as burgers and chips, but Erpingham House isn’t about making as much money as possible.

With both Loui and yourself being from the area, was it important to you both to open a restaurant in Norwich, despite both spending a lot of time away from the area?

(Loui) I initially thought about opening the restaurant in London where there are already a lot of great choices available, but being from the area I wanted to give something back. Like we said, we wanted to create healthy food that tasted good. The easiest way to get people to go vegan is with food!

Are you considering any further projects further afield to help spread more awareness of veganism?

(Loui) Not yet! We also run a football coaching company together which takes up a lot of time too. There’s so much more we can do with Erpingham, we’re only just scratching the surface of what we can achieve here. When we’ve got everything more settled we’ll definitely look into more things. There’s so much to do at Erpingham, like the plans to have OPP To Go available as takeaway and plenty of events.

What are your three favourite protein packed snacks or go to post training fuels?

(Declan) I eat a lot of quinoa! But I also love foods like beans, pulses and tofu. I have 2 or 3 of the Revolution Foods protein shakes a day too.

Just for a bit of fun, what is your favourite staple vegan food?

(Declan) Got to be the Coconut Chill Bowl from Erpingham House (I can also attest to this after picking myself up a portion after the interview) although anything off the menu is definitely up there as a favourite dish! I recently also went to the Vegan Junk Food Bar in Amsterdam with my wife, that was really good!

You can follow Loui and Declan via @Loui_Blake & @declanrudd01 and follow @Erpinginghamhouse for the latest restaurant news.